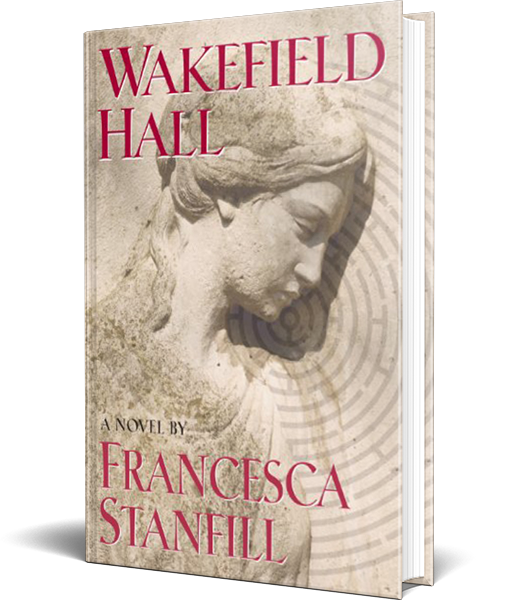 Wall Street Journal reporter Elisabeth Rowan is authorized by the family of Joanna Eakins, a famous Shakespearean actress, to write a posthumous biography. The research begins at Wakefield Hall, a splendid estate in the Berkshires, which Joanna had not merely renovated but re-created as a monument to her troubled life and career. At Wakefield assemble the people who adored, worshiped, and hated the great star: the urbane London theater director who discovered her; her third husband, a Wall Street lion and collector of art and famous women; her stepdaughter, whose classic beauty belies a shocking hardness; and her best friend, a sophisticated New York hostess with a mysterious past and a talent for orchestrating others’ lives. Yet only Wakefield itself may reveal the truth about its mistress’s tortured genius; within its manicured grounds, Joanna constructed a tantalizing Shakespearean maze with statues of the heroines that constituted her greatest roles. Do these ladies of stone disclose what Joanna never could during her lifetime?

Propelled by her discoveries at Wakefield, Elisabeth embarks on a dangerous quest for the truth hidden far beneath the elegant, civilized surfaces of New York, London, and Paris. In the labyrinthine twists and turns of the actress’s legacy, Elisabeth discovers passion, terror, jealous fury, madness, and-ultimately-an astonishing secret.

Francesca Stanfill has created an enthralling novel with echoes of Mary Shelley and the Bronte sisters, yet rich in striking observations about contemporary circles of wealth and power.

“A marvelous study of a famous woman who lived many lives and who continued to live after her death in the lives of those who survived her. Elisabeth Rowan is superbly developed as the character in quest of the truth about the heralded actress who was as beguiling and deceiving as she was worthy of her biographer’s attention. A book that succeeds admirably well.”
—GAY TALESE

“Wittingly imitating classic gothic masterpieces, Stanfill takes a Brontean heroine and puts her in a Tom Wolfe-ish New York setting where ‘identity is telegraphed by the names of corporations or one’s position on the Forbes list.’ A, splendidly unabashed, postmodern updating of the genre—complete with the requisite foreshadowing, sinister characters, and extravagant settings. An intelligent great read.”
—Kirkus Reviews

“An elegant tale of escapism and mystery…The various dwellings Francesca Stanfill introduces function as characters which signal a way of life. Each suggests questions about the amount of order any human being is able to impose on his or her life… These are the great houses of the mind…”
—Carolyn See, Los Angeles Times