Francesca Stanfill was born in Oxford, England to American parents, and grew up in New York City and Los Angeles. From an early age, she was a passionate reader and loved to write. While an undergraduate at Yale University, she was encouraged to become a writer; shortly after graduating, she began working as a journalist. While writing for the New York Times Magazine, she embarked on her first novel, Shadows & Light, which was subsequently published in several languages, including French, Swedish, and Spanish.  Her second novel, Wakefield Hall, was published in several countries, including Germany.

Francesca’s enduring fascination with the greatest queen of the Middle Ages, Eleanor of Aquitaine, was ignited years ago when, as a girl, she visited the abbey of Fontevraud, in the Loire Valley, France, and saw the singular tomb of the legendary queen.  Years of study, travel and research led to the writing of her new novel, The Falcon’s Eyes. Set in France and England at the end of the twelfth century, it is the moving story of a spirited, questing young woman, Isabelle, who defies convention to forge a remarkable life, one profoundly influenced by the fabled queen she idolizes and comes to know—Eleanor of Aquitaine. 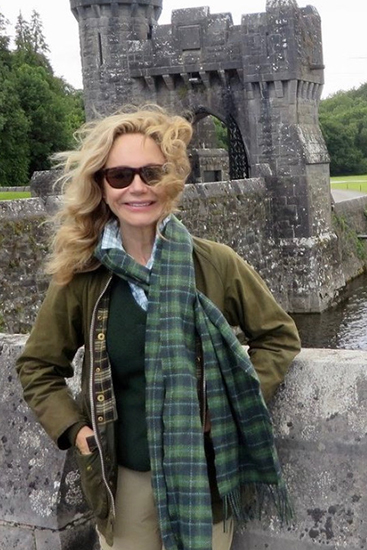